There’s been a lot going on in the Mac security world lately. Just after Apple dropped its Platform Security Guide on February 18, a mysterious new Mac malware named Silver Sparrow swooped in to infect 30,000 endpoints. In the same week, Forbes covered Corellium — the security research startup that Apple is suing — tracking their momentum after a December court win against Apple. Later, on March 9, Apple released a patch for iPhones, iPads, and MacBooks to fix a security flaw found by researchers at Google and Microsoft.

And then there’s what we uncovered in our State of Malware Report, where Mac detections on business endpoints increased by 31 percent over the previous year. And Mac malware — primarily backdoors, data stealers, and cryptominers — was on the rise by 61 percent overall in 2020.

All of this paints the picture of a Mac threat landscape primed to erupt.

Apple shines and buffs Mac security — but is it enough to stop today’s malware?

Lately, it seems Apple aren’t the impenetrable fortress they’ve claimed to be. Just last week, the company released a patch for iPhone, iPad, and MacBook for a bug that could allow code execution through websites hosting malicious code. This means its browsers were vulnerable to exploits that could be launched from malicious website content.

Apple didn’t comment on whether this vulnerability had been discovered by cybercriminals. However, the company released patches for three separate security bugs that were being actively exploited in January 2021. And just a couple weeks ago, there was Silver Sparrow.

Silver Sparrow is a new Mac malware that was found on nearly 40,000 endpoints by Malwarebytes detection engines. While it’s not as dangerous a threat as initially believed (researchers now believe it’s a form of adware), Silver Sparrow is nevertheless a malware family that has mature capabilities, such as the ability to remove itself, which is usually reserved for stealth operations. One of its more advanced features is the ability to run natively on the M1 chip, which Apple introduced to macOS in November, and which is central to the apparent security paradigm shift happening within the company’s walls.

And what paradigm shift is that? Macs running the M1 chip now support the same degree of robust security consumers expect from their iOS devices, which means features like Kernel Integrity Protection, Fast Permission Restrictions (which help mitigate web-based or runtime attacks), and Pointer Authentication Codes. There are also several data protections and a built-in Secure Enclave.

In other words: Apple have baked security directly into the hardware of their Macs.

Looking at the security improvements made to Macs over the last several months — the M1 chips, system extensions replacing external ones, an entirely new endpoint security framework — it appears Apple is making great strides. In fact, they should be commended for developing many beneficial technologies that help Mac users stay more secure. However, not all of the changes are for the better. For example:

That last bullet is great for legitimate third-party software programs, like Malwarebytes for Mac, especially in protecting against outside threats that might try to disable security software during an attack. But not every company that applies for system extensions is legitimate. We’ve already seen a few examples of developers with a long history of cranking out potentially unwanted programs (PUPs) get their extensions from Apple. Because of this, some PUPs can no longer be removed by Malwarebytes (or any other security vendor). And while there are some ways that users can manually remove these programs, they are by no means straight-forward or intuitive.

And sure, you might be saying, “It’s only PUPs!” But PUPs and adware are a significant issue on Mac computers. While many like to trivialize them, PUPs actually open the door for more vulnerabilities, making an attack by malicious software even easier. Adware, for example, could host malicious advertising (malvertising), which often pushes exploits or redirects to malicious websites. If the most recent vulnerability patched by Apple wasn’t already being exploited, that would have been a perfect opportunity for cybercriminals to penetrate the almighty Apple defenses.

As we found in our State of Malware Report, malware on Mac endpoints belonging to businesses increased by 31 percent in 2020. There may not be as many “actual” malware attacks on Mac endpoints as on Windows, but the share of Macs in business environments has been increasing, especially since the start of the pandemic. You really don’t want some targeted malware hitting your high-value Macs.

Apple has developed some impressive armor for its Macs, but it doesn’t protect against the full scope of threats in the wild. In addition, Apple only uses static rules definitions for its anti-malware protection, which means it won’t stop malware it doesn’t already recognize. A security program that uses behavioral detection methods (heuristic analysis), like Malwarebytes Endpoint Detection and Response, has the potential to catch a lot of bad apples that Apple hasn’t seen yet.

As time goes on, we’re increasingly in danger of a major attack waged against Macs. There are still a myriad of Mac users who don’t install any third-party security. Fundamentally, Macs still aren’t all that difficult to infect — even with all the bells and whistles. And by closing their systems, Apple is limiting the capabilities of additional third-party security layers to assist in stopping that major attack from doing major damage.

For a deeper exploration of Mac threats, security changes, and the ways they thwart full protection, read the article in Malwarebytes Labs:
https://blog.malwarebytes.com/mac/2021/03/apple-shines-and-buffs-mac-security-is-it-enough-to-stop-todays-malware/ 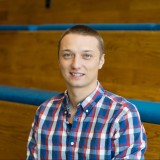